The final due diligence area earmarked for formal training is Management and Leadership Support. A training intervention was scheduled for 6 & 13 March 2013. Two members of the pilot group were also selected to go on an NPO Leadership and Strategy Workshop offered by the Stellenbosch University Business School.

Websites are being developed for Caleb, Vlaeberg and the Pniel Heritage and Cultural Trust.

A training day by A2B (www.a2bmovement.com) will be proposed as the final formal session where the due diligence and benchmarking outcomes will be revealed.

We aim to have all formal training based on the due diligence conducted in 2012 concluded by end April 2013 for the 12 pilot organisations. The second due diligence will be conducted after the completion of final training, so that improvements and the effectiveness of the training can be measured.

All the organisations have indicated that they want Remgro (and other corporate) volunteers to get involved on programme level.  This will give Remgro a broader platform to involve employees on all levels. The current training was specifically aimed at growing administrative skills and assisting with professional services thus giving only a few employees of Remgro exposure to the NPOs.

We would like to repeat the programme and start the selection and due diligence process for 12 new organisations in January 2013. We have already received a few applications from Stellenbosch-based NPOs. 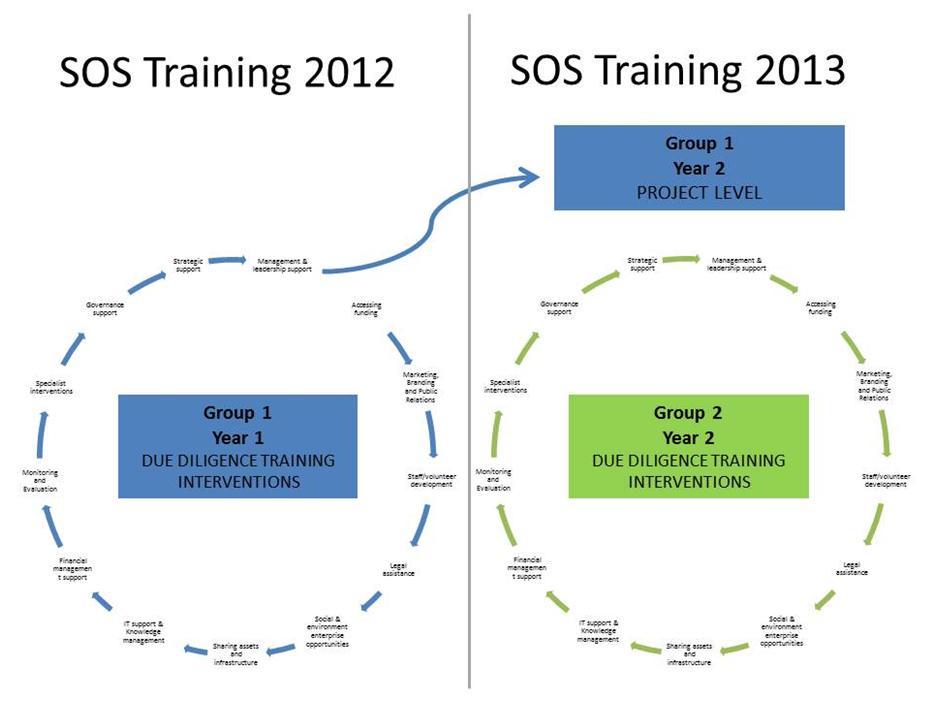 We are at a stage where we need to engage other corporates and businesses and grow the donor- and volunteer-base of SOS.